Kharis Productions’ feature films combine creativity with the extensive organisational and production management skills involved in directing casts of hundreds - sometimes including children and animals – as well as scores of technical crew. Although creative and organisational skills are involved in every production, they are never more tested than in the making of a feature film. The Kharis team has two feature films in its portfolio including Stripes of the Zebra, produced through the Kharis sister company, MakMovies. Film locations included South Africa, Morocco and Egypt.

Each of these films has been shown across the world, with dubbed soundtracks in several languages. 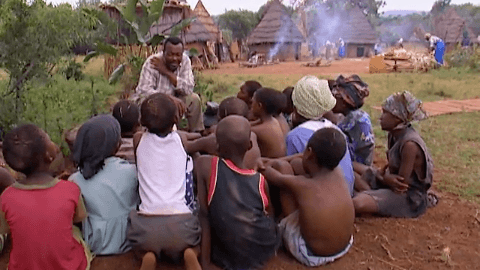 Stripes of the Zebra

Stripes of the Zebra

Set in war torn Sudan, this film dramatises the experience of being caught up in religious conflict.

The drama productions in the Kharis portfolio have almost always had an educational purpose. Sometimes the cast has been exclusively children as in Let’s Do Democracy – productions for Scottish Parliament produced in English and Gaelic. The highly successful Handle with Care dramatised the communications challenges often faced by teachers and parents, with children caught in the crossfire! Drama was also the genre used in the production of interactive programmes designed to train aspiring head-teachers in England and Wales to manage schools.

Chat with a member of the Kharis team...